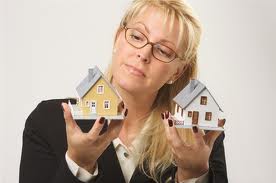 Do you love your home? I hope so. That said, chances are good you need to consider leaving it.Believe me, I don't enjoy writing that. But two critical failings in many retirement plans -- one you're all too familiar with, and one you probably haven't considered -- should make downsizing to a more affordable home one of your top priorities in later life.

First, most nest eggs remain much smaller than they should be. And this summer's market turmoil reminds us that getting them to where they need to be won't likely be a straight climb up. Vanguard, for instance, reports that participants ages 55 to 64 in the company's defined-contribution plans have an average account balance of just $140,672. Second, the advice we hear again and again about how best to solve the problem of small nest eggs -- delay your planned retirement date for three or four years (or more) -- simply won't work for many people. It's not that the advice is faulty; it's just that the real world frequently has other ideas.

Poor health, age discrimination, layoffs, the need to care for a family member -- any of these circumstances can squelch plans to work additional years, says Catherine Collinson, president of the Transamerica Center for Retirement Studies. And while working longer is a smart strategy to bridge gaps in retirement savings, it's the only strategy most people have. When Transamerica asked workers whether they had a backup plan for retirement income in the event they were unable to work before their planned retirement, fewer than one in five (19 percent) could identify any alternatives. Simply put, says Collinson, "planning not to retire is not a viable retirement strategy."

Which leads us to an alternative strategy: downsize. I know, this is one of those "Yeah, maybe" ideas on your to-do list. (Translation: "Probably not.") Granted, it's a tough step. But the advantages of downsizing -- particularly if you settle in a so-called lifelong community (with compact, walkable neighborhoods) or a continuing-care retirement community -- are more significant than many people realize.

First, some numbers. Even if the mortgage on your house is paid off, taxes and upkeep can still put a sizable hole in your wallet each year. Given that annual property taxes nationwide average about 1 percent of a home's value (according to the Tax Foundation) and annual maintenance bills average from 1 to 3 percent (according to Freddie Mac), carrying costs alone on a $500,000 home total about $15,000 a year. Move to a $350,000 home and the figure drops to $10,500. Put another way, you need a nest egg of $375,000 just to cover taxes and upkeep on the former house (assuming a 4 percent rate of withdrawal annually from your prudently invested retirement savings) and a nest egg of $262,500 for the latter.

And carrying costs are only part of the equation. Households with 65- to 74-year-olds spend an average of $7,033 on transportation each year, according to the Bureau of Labor Statistics. Move to a community where most amenities are within walking distance and you can trim that bill as well. (Think you're going to drive forever? Research out of the National Institute on Aging has shown that men and women who reach their early 70s, on average, outlive their ability to drive by six and 10 years, respectively.)

Cathy Chamberlain, 63, a retired entertainer, recently moved from New York to St. Andrews Estates South, a retirement community in Boca Raton, Fla., where virtually all her needs -- shopping, restaurants, a pharmacy, a supermarket -- are only a block or two from her front door. "I'm living on a huge campus, which feels like a rural setting, but it's right in the middle of downtown," she says. "It's the best of both worlds."

But wait, you say. I can't sell now! My house is worth less today than before the 2008 crash! Such thinking is known as anchoring, says Barry Kaplan, chief investment officer for Cambridge Southern Financial Advisors in Atlanta. Most investors hate to sell an asset, whether a stock or a house, that has lost value. We tell ourselves that if we just wait, the investment will rally -- and then we'll sell. The problem: That wait could drag on for years, and some investments never recover. (Just ask folks who bought Enron at $90 a share.)

So accept the fact that you won't make as big a profit as you might have liked on your current house. Chances are good that the home you buy, if you downsize, will also cost less than it did three years ago. Even if you find that a smaller home costs almost as much as your current residence, you should begin to see immediate savings in other areas, Kaplan says: less money for insurance, for a new roof, for yard work. And those savings, he adds, will compound over time. "It's just cheaper to run a small house."

Again, moving is hard. I recently spoke with Gerry Schettler, 69, in Media, Pa., who described her decision to downsize, with her husband, Pete, as "traumatic." In early 2009 the couple moved from their "big, beautiful" four-bedroom home on three-quarters of an acre to a three-bedroom apartment in Lima Estates, a nearby continuing-care community. The couple has traded a two-car garage for a space in a parking lot. But today, the two have no doubt they did the right thing. "You come to grips with the inevitable, that you can't maintain a big home forever, physically or financially. It's bound to get more difficult," says Pete, 71. His advice? "Think about it -- sooner rather than later -- and act on it."