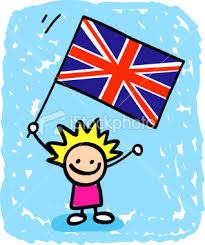 Just over half of potential home movers in the UK are looking to downsize within the next three years, compared to just a fifth looking to trade up to a larger property, according to new research.

For home owners reaching retirement it is common to consider downsizing to a more manageable home but research from Lloyds TSB has found that the reasons for downsizing have broadened in these tough economic times.

Almost two fifths, 37%, would like to free up equity in the property and almost one in three, 30%, said they want to downsize to help support retirement plans.

The research also found that a fifth, 21%, of those considering downsizing are looking to trade down earlier than expected, with the majority citing financial concerns as the key driver.

Whilst older home owners are still playing a key role in the downsizing market, the research highlights that homeowners of different ages are now considering it as an option.

Home owners at different stages of the property ladder are also looking to downsize to a smaller property in the next three years. Some 49% of home owners living in their second home are considering trading down, as well as 61% of home owners in their third home and the same number in their fourth home.

'Downsizers are now playing a key role in the housing market and as the study shows we are starting to see homeowners on different stages of the property ladder considering it as a sensible option as more and more families are looking at ways to save money,' said Stephen Noakes, mortgage director at Lloyds TSB.

'Whilst we have seen a significant rise in the potential cash windfall, downsizing can make a lot of sense for a wide range of people, it is important to consider carefully whether trading down is the best solution. Whether you are looking to lower utility bills, pay for an offspring's tuition fees, or free up extra cash for retirement we recommend you seek professional advice before taking action,' he added.

Those looking to trade down later in life have seen their potential cash windfall rise by more than 40% over the past decade. Trading down from a detached home to a bungalow would have earned an average windfall of £97,298 in 2012, an increase of 41% or £28,484, since 2002.

For those trading down early, the windfall associated with downsizing from a detached property to a semi detached property has risen by 46% over the past decade. A downsizer today would receive an average windfall of £120,359 compared with £82,412 in 2002