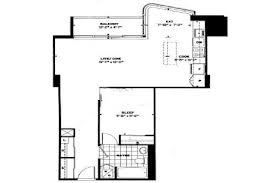 HOMEOWNERS in Scotland are increasingly looking to downsize to cheaper properties in a bid to ease their money worries, according to a report out today.

The growth in the number of people trading down in the housing market is also being driven by the mortgage crunch, with younger homeowners no longer aiming for more expensive properties when they next move.

A fifth of Scots downsizing are doing so earlier than they had anticipated, with a third choosing to move into a smaller home in an attempt to cut their household bills and boost their income.

Over-55s account for more than two- thirds of those thinking about downsizing, Bank of Scotland found, though homeowners between 36 and 55 are considering it seriously.

Laurence Mann, head of mortgages at Bank of Scotland, said: "Downsizers are now playing a key role in the Scottish housing market and, as the study shows, we are starting to see homeowners on different stages of the property ladder considering it as a sensible option as more and more families are looking at ways to save money."

Whereas younger borrowers would historically have looked to move up the ladder, that mindset has changed since the financial crisis unfolded.

"The most common question a prospective borrower would ask back then was 'how much will the lender allow me to have'. Now it is all about 'how much is this going to cost'. It therefore makes sense that borrowers are downsizing for this reason.

The slow housing market means that many hoping to downsize face frustration, though the National Association of Estate Agents has claimed that downsizing has not been affected by the property slump. It published figures last month showing that downsizing was the main motivation for the sale of a house in all areas of the UK outside London.

Potentially lucrative windfalls are up for grabs for those in Scotland who can trade down successfully. The average cash gains to be claimed by downsizing have risen by 64 per cent over the past decade, said Bank of Scotland. Retirees moving from a detached home to a bungalow can expect a windfall of almost £64,000, based on the difference in house prices.

But Purdie warned of potential pitfalls to downsizing in the current housing market. "My advice to any downsizer would be to investigate your mortgage options fully prior to making any selling decisions, as the mortgage landscape could differ massively from when you last borrowed. It is not simply a case of 'I'm borrowing less so the lender will let me have it'," he said.